The Mental Processes of Communication
By Bruno G. Bara

In Cognitive Pragmatics, Bruno Bara offers a theory of human communication that is both formalized through logic and empirically validated through experimental data and clinical studies. Bara argues that communication is a cooperative activity in which two or more agents together consciously and intentionally construct the meaning of their interaction. In true communication (which Bara distinguishes from the mere transmission of information), all the actors must share a set of mental states.
Bara takes a cognitive perspective, investigating communication not from the viewpoint of an external observer (as is the practice in linguistics and the philosophy of language) but from within the mind of the individual. Bara examines communicative interaction through the notion of behavior and dialogue games, which structure both the generation and the comprehension of the communication act (either language or gesture). He describes both standard communication and nonstandard communication (which includes deception, irony, and "as-if" statements). Failures are analyzed in detail, with possible solutions explained. Bara investigates communicative competence in both evolutionary and developmental terms, tracing its emergence from hominids to Homo sapiens and defining the stages of its development in humans from birth to adulthood. He correlates his theory with the n€sciences, and explains the decay of communication that occurs both with different types of brain injury and with Alzheimer's disease. Throughout, Bara offers supporting data from the literature and his own research. The innovative theoretical framework outlined by Bara will be of interest not only to cognitive scientists and n€scientists but also to anthropologists, linguists, and developmental psychologists.
No comments:

26-28 May 2012
(Lucas Bietti and Fatima Galiana) Contextualizing conversational remembering: the interplay of discourse, memory and context in multimodal interactions. 6th Lodz Symposium on New Developments in Linguistic Pragmatics (NDLP 2012). University of Lodz (May, 2012)
No comments:

The aim of the present study was the investigation of neural correlates of music processing with fMRI. Chord sequences were presented to the participants, infrequently containing unexpected musical events. These events activated the areas of Broca and Wernicke, the superior temporal sulcus, Heschl’s gyrus, both planum polare and planum temporale, as well as the anterior superior insular cortices. Some of these brain structures have previously been shown to be
involved in music processing, but the cortical network comprising all these structures has up to now been thought to be domain-specific for language processing. To what extent this network might also be activated by the processing of non-linguistic information has remained unknown. The present fMRI-data reveal that the human brain employs this neuronal network also for the processing of musical information, suggesting that the cortical network known to support
language processing is less domain-specific than previously believed.
No comments: 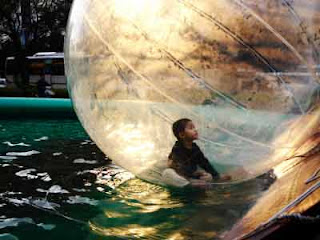 A specially designed Integrated Approach to Yoga Therapy module was applied to Autism Spectrum Disorders over a period of two academic years. Despite low numbers (six in each arm), consistency and magnitude of effects make the findings significant. Parental participation, allowing firm guidance to be given to each child, resulted in significant improvements in imitation and other skills, and in behavior at home and family relationships. We hypothesize that guided imitation of therapist body positions stimulated mirror neuron activation, resulting in improved sense of self. 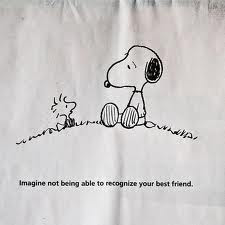 ABSTRACT
Alzheimer’s disease (AD) is clinically defined as a degenerative cerebral pathology, the cause of which is unknown. It affects the superior levels of cognitive functioning and is characterized by multiple deficits that compromise the mental and social functioning of the individual. From a sociocognitive and interactional approach, this project deals with the pragmatic dimension of the study of Alzheimer discourse.
The main aims are: 1) to investigate how people in a mild and moderate Alzheimer’s are able to construct a subjective representation about the ongoing context, and 2) to assess what structures of discourse show Alzheimer features, owing to an impairment of knowledge representation about the others recipients in talk.
The study will be based on a qualitative and ethnographic analysis of human interaction structures in real world-settings. The project will assess how memory systems and attentional processes interact with the abiltity to construct a mental representation about the ongoing context.
No comments: 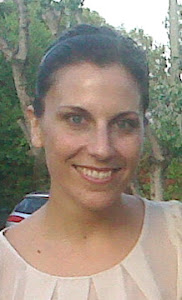 I am currently a PhD student in Communication, Memory and Interaction in Alzheimer's Disease at the Pompeu Fabra University (advisor: Dr Teun van Dijk). I studied linguistics at the University of Barcelona before completing an MA in Cognitive Science and Language.


See my profile in Academia.edu

Collaborator in the Centre for Discourse Studies Barcelona and in the TEXTOS company, which is supervised by Dr Teun van Dijk)